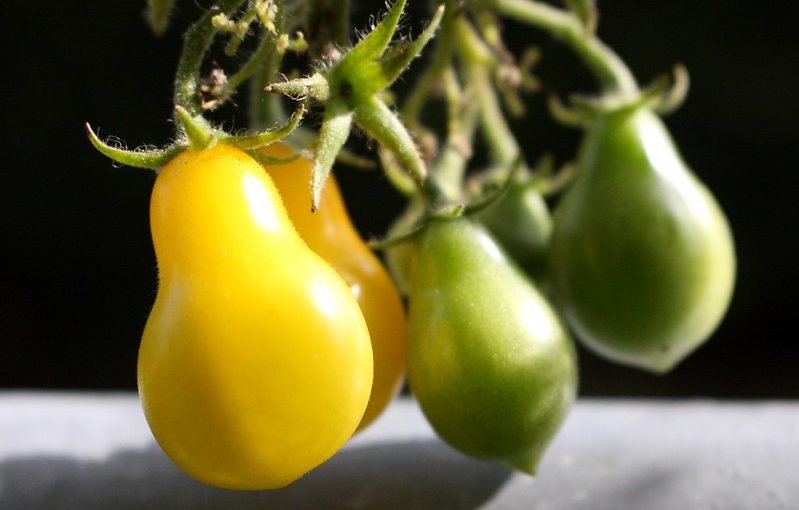 This was a summer unlike any other. We have moved to Cincinnati, Ohio and sold our house in Connecticut with the huge yard and garden. We are living in a townhouse apartment so new that the GPS cannot find it. It was under construction when we visited to sign the lease. We are getting used to being able to make toast and use the microwave at the same time and not having to mow the lawn or shovel the snow. Ironically, now that we have a patio instead of a back yard, I have done more gardening than I had in three years. It started out as a way to get to know my new State.

I went to a plant sale at the local high school at the beginning of the summer and purchased some plants, thinking that this would give me the typical local vegetables. However, it turns out that people who want normal plants go to the normal places like plant nurseries and box stores; the school plant sale was for exotic varieties. And so instead of grape and Roma tomatoes, I had yellow baby tomatoes shaped like a butternut squash, and yellow Roma tomatoes.

Yellow tomatoes were just the beginning. I had never successfully grown okra before — in Texas I was too busy and in Connecticut it was too cold. So I bought three okra plants. The flowers were gorgeous — rather like hibiscus flowers. But the okra pods were not green; they were red. A tag on the plant, which I found only after I picked the first three okra pods, said it was Red Velvet okra. We don’t have a garden hose or a water source on the patio, so we have been hauling water from the kitchen to the patio almost daily.

However, it’s been a troubling summer. I keep index cards next to the computer to write down prayer requests from friends. I had to get bigger index cards. Most of it is what Aslan would call “someone else’s story,” but friends with sick children and grandchildren, friends with sick parents, friends whose friends have died suddenly or are gravely ill. In the middle of all that, we haul the water out to the patio daily and pick the beans, the squash, the cucumber (only one made it), the yellow tomatoes, the red okra, the new fruits of a new place. Different but good; we are learning. The routine gives shape to the day and makes me follow the weather.

My husband sometimes waters the plants for me and takes an interest in the daily haul. When I brought in a handful of strange produce, my husband asked about how I know they are ripe. “If the tomatoes never turn red, how do you know when they’re ready to be picked?”

I said, “Oh, that’s easy. I hold my hand beneath the fruit and wiggle my fingers. If the tomatoes fall into my hand, they’re ready. If they cling to the vine, they aren’t.” I opened my hand and we ate the sweet, strange tomatoes.

And I thought of one of my favorite icons. This is a fresco in a church I’ve never been to, but I have it in my “Comforting Images” file to look at when I am stressed. It is an illustration of a verse from the Wisdom of Solomon, “The souls of the righteous are in the hand of God.” The souls, depicted as people used to be prepared for burial, in winding linen cloth, rest in God’s palm while Angels approach bearing yet more souls. These souls are not alone or unsupported.

I love this icon and love that I thought of it. The people about whom I had been worrying, and for whom we had been praying, seemed safer. God’s hand is beneath them, waiting. Sometimes, God wiggles His fingers. They don’t bruise, they don’t force; they test and invite. After all, these hands know us; they have made and fashioned us.We don’t fall into His palm until we are ready.

The souls of the righteous are in the hand of God; such a safe and beautiful place to be at rest.

Where else could we want them to be?

5 thoughts on “When They’re Ready”