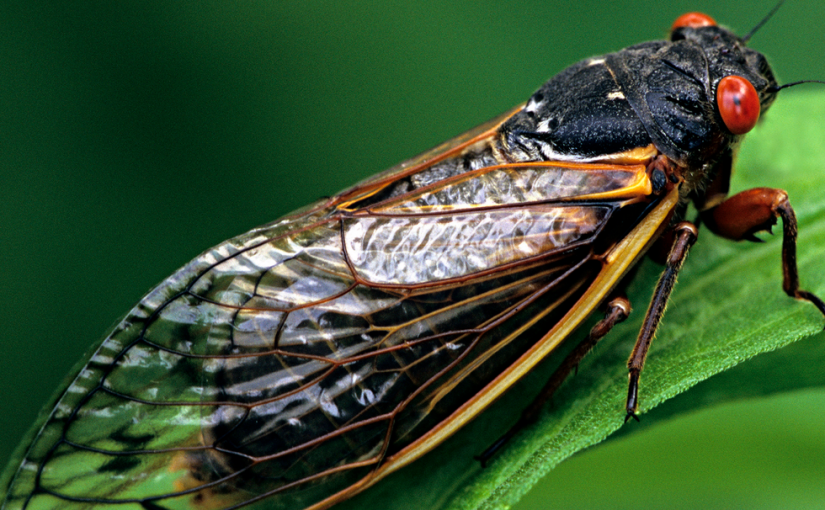 The cicadas which are emerging from underground all over North America are a great gift to writers. Their life cycle offers so many metaphors. They leave their shells behind, as so many of us do in June when people graduate, marry, or move. They travel in large numbers to thwart predators. Their shells repulse some people while others find the translucent wings, their struggle to arise from the earth, and their flight from the ground a thing of beauty. But also, they offer the canny writer a new angle for writing about the passage of time.

A generation, in the Bible, is fourteen years. Cicadas emerge every seventeen years. This year, I am fifty-eight and living in Ohio with my semi-retired husband. Seventeen years ago, I was 41. We had arrived in Connecticut just four years before; the oldest of our children was about to graduate high school and start college in another State. Seventeen years before that, we were newlyweds with two children, living in Boston. I had not yet had a miscarriage. My husband’s ordination to the priesthood, our life in Texas, and the birth of half our children took place while the cicadas were growing underground. And the cicada season before that, I was only seven. I have no memory of the insects themselves, but I remember being horrified by the sporadic empty shell still clinging to the tree like one of the frozen figures in Pompeii after the volcano. (I came from a family that would have told me more about Pompeii than about cicadas.)

Projecting time forward puts a new twist on the phenomenon. If I live to see the cicadas emerge again, I will be seventy-five. Will I have written That Book yet or not?

Rich soil here for planting ideas. The existence, life span, structure, and perception of cicadas offer a variety of frameworks for writers. Here are some prompts:

Comparing and contrasting two people works across all writing genres — Natalia Ginzburg does it brilliantly in her essay “He and I.” Pearl S. Buck masterfully handles this in “A Pavilion of Women” when she contrasts what the heroine, Madame Wu, knows about her best friend’s husband vs. what Mr. Kang knows about her. Borges does this in “Borges and I.” Parents know that two children can have very different reactions to something. A poet may write on one side of the page about being repulsed and on the other about being touched by beauty.

2) Look closely at a cicada shell and write your own response to it.

3) What were you doing last time the cicadas emerged? Were you alive yet? Did you see them? How old will you be when you see them again?

4) Make a list of concrete nouns about cicadas. Now make a list of abstract nouns. Now use them both in an essay, poem, or story.

5) Scientific writers could write about some aspect of the life of cicadas that has been overlooked — their environmental impact, the chasm between how people perceive cicadas and what they actually do. Make a list according to your specialty, then compare and contrast — cicadas have no teeth, but cicadas slice holes in plants in which they lay their eggs. Cicadas are not poisonous, but their shells are hard for dogs to digest.

6) Cicadas are noisy. Write a piece in which the hero is trying to concentrate on one thing and the sound of the cicadas is a distraction. (Bonus points if you can make the character relate this to the last time he or she heard the cicadas.)

Once you’ve done this with cicadas, you might try it with other insects — contrast cicadas with earthworms, write an “ant and grasshopper” type story about cicadas during their frolic, write a story about edible insects and the recipes people have created for cicadas… make it your own.

But write fast, because when they’re hidden, they won’t be back for another seventeen years.