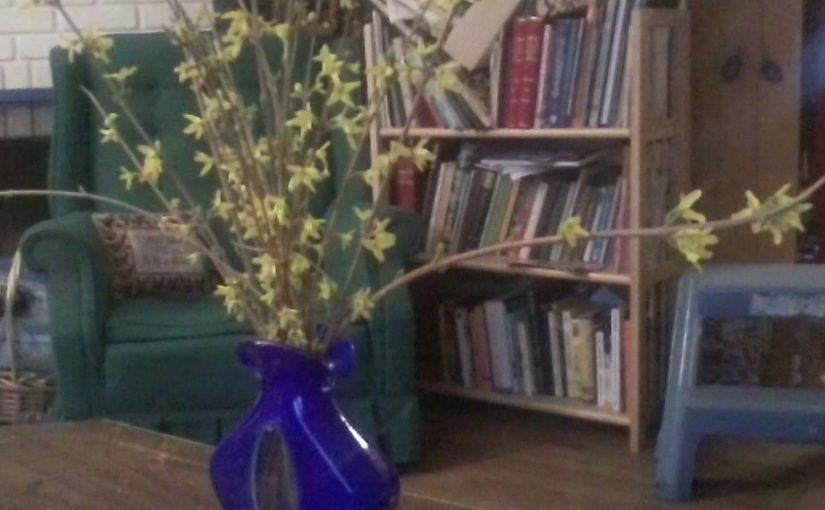 “Hurry up and write that book, Ann Marie,” said my last living grandparent. “I’m not getting any younger, and I want to read it before I die!”

I have written many things in my life — poems, essays, two theses, many posts to online groups that were turned into articles, and some articles that were accepted and even paid for, which is becoming uncommon. But I haven’t written The Book, or even A Book, even though I have made verbal promises to produce two (One is about Bishop Constantine and the other isn’t) and I have saved pictures and documents for a third. Now that my children are grown and we are living both in semi-retirement and during a general world wide pandemic quarantine, you’d think I would find the time to write them, but time is not the issue. As an old commercial used to say, “It’s not soup yet.”

But I am encouraged by a show on PBS that I found in passing and watched twice (we have both Ohio and Kentucky PBS stations available in Cincinnati, so often I can catch something on one channel if I miss it on another.) It was part of a series on poetry, and focused on one of my favorite poems.

My senior year of high school, when I took the AP English exam, I was gobsmacked by the poem we were asked to analyze. It was by a poet I had never heard of, Elizabeth Bishop. “One Art,” which you can visit here, discusses “the art of losing.” The list of things that she has lost escalates and becomes both more abstract and more intimate. I almost went over the allotted time writing about it, because it so mirrored feelings of my own.

I thought, then, that poets had to be single and young.

I was blessed to be able to take poetry courses at Wellesley with Frank Bidart, who had been Bishop’s friend. I paid for my graduation gown rental with the prize money for a sonnet I wrote as a senior, and had poems published in various school publications, but then I got married and had four children. I still wrote poems, but I rarely published them.

When I watched the PBS show, in which various people talk about how the poem affected them, and talk about loss, I was mesmerized. I lose things — I am a frequent flyer when it comes to praying to St. Phanourios. This is a season of loss anniversaries — ten years since my brother’s repose and twenty-five since my father’s — and we have relocated to another State and Town which meant selling the house we had lived in for nearly twenty years. This was the third “realm” I had lost, after Roslindale, Massachusetts, and Webster, Texas. Intellectually, I accepted the loss of the house, and parish, and town, but when I saw that the new owners had cut down all my flowering shrubs, I felt a fresh wave of new pain. I expected the windows and roof to go, but I thought the lilacs and forsythia were forever.

My mother lived to be 37, my brother 47, and my father 57, my current age. I worry that I am reaching my expiration date without having Done Things. I am too old to make a “thirty under thirty,” or “forty under forty,” or even a “fifty under fifty” list of hot new writers. And I feel neither hot nor new.

But a group of MFA writer friends and I formed a poetry group, and I have been writing poems again, which also makes me want to write everything else, also. And then, when watching the PBS show, I heard two facts that I didn’t know about the poem: it took sixteen drafts. And Bishop was sixty-five when she wrote it.

I have published poems that had fewer than sixteen drafts.

And I am still not sixty-five.

We live in hope.

There are so many things I want to say and write, but, one cannot water a garden with a firehose. I don’t just want to fling my words into the universe — I want to curate them, I want them to be sculpted and present them properly. And that’s what Elizabeth Bishop did. It took her sixty-five years and everything else she did and wrote to prepare her for this task.

I may yet have worlds enough, and time.