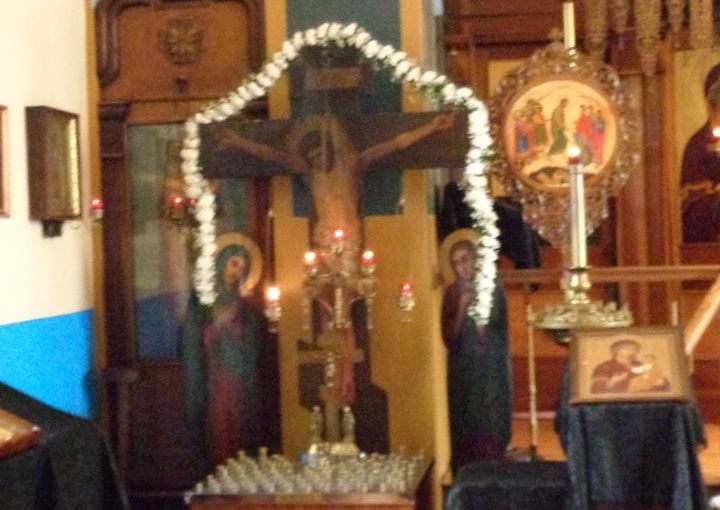 Among Protestant ministers, one of the hardest tasks of the year is writing the Easter homily. The Orthodox Church solves this problem by allowing only one, the same each year. It’s so good and so timeless that you can listen to it every year and learn something new. It’s just the right length, so that a busy priest, who has been in church for several long services every day for most of Holy Week is not forced to come up with something novel or brilliant to win the hearts of those who do not always come to church.

It is not “timely” or “topical” or about “hot issues of the day,” but rather about the nature of God, man, resurrection, mercy, and love.

Here is that sermon.

This sermon is read at the Paschal Divine Liturgy on the Sunday of the Resurrection. It was written circa 400 AD by St John Chrysostomos

For the Master is generous and accepts the last even as the first.
He gives rest to him who comes at the eleventh hour
in the same was as him who has laboured from the first.
He accepts the deed, and commends the intention.

Enter then, all of you, into the joy of our Lord.
First and last, receive alike your reward.
Rich and poor, dance together.
You who fasted and you who have not fasted, rejoice together.
The table is fully laden: let all enjoy it.
The calf is fatted: let none go away hungry.

Let none lament his poverty;
for the universal Kingdom is revealed.
Let none bewail his transgressions;
for the light of forgiveness has risen from the tomb.
Let none fear death;
for death of the Saviour has set us free.

To Him be Glory and Power, now and forever, and from all ages to all ages.
Amen!

One thought on “Sermon, Orthodox Easter”