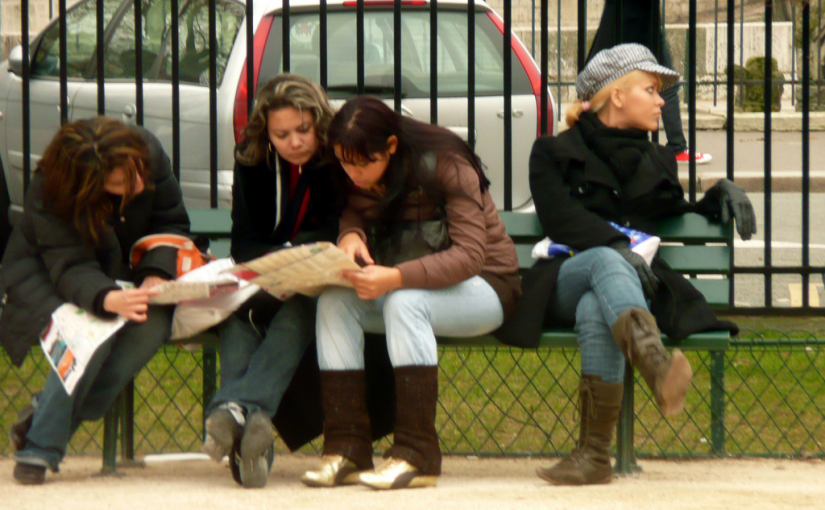 There is no age at which it doesn’t hurt to be left out. On a mothering group, the question came up when someone’s child was not invited to his friend’s birthday party. In adult life, this comes up when coffee klatches, outings, work parties, PTA planning sessions, or Girls’ Night Out happen without us.

When I was in Kindergarten, I sobbed, broken hearted, when a child told me she was having a birthday party and X and Y were invited and I was not. My teacher gave me paradigm shift. She said that not everyone has enough space or money to invite everyone, and some people can have only a small party with one or two people. Sometimes that’s true.

Other times, people are being exclusionary and even mean. That stinks, and it stinks worse the older the “kids” are.

But we cannot assume the worst, because it makes us look at people funny, and our faces will freeze like that. Elder Thaddeus would say that they will know what we are thinking. So it’s better to assume that it’s economics or space.

That said, I think part of the way that many are saved by childbearing (1 Tim 2:15) is that it gives us a chance to tackle whatever issues we didn’t handle when we were younger. When someone excludes us, we are hurt. When someone excludes our child, we are furious. But sometimes people only want what, or whom, they want. The secret, then, is to find a way to be happy without them.

For parents, redirection is the key. We can give our children something good to think about so they don’t dwell on what they’re missing. Mom used to take my brother to a museum if there was something at school she didn’t want him doing. The St. Herman Conferences began because a bunch of us were not celebrating Christmas yet and some seminarians thought it would be nice if we did something fun and useful during that time. Stay friendly, or friendly enough, with the excluders, and then look for more people to love.

My youngest invited his whole class to his birthday party in our back yard, in fifth grade, and most couldn’t come because they were on sports teams. But all the minority kids came, and said it was the first party they’d been invited to since Kindergarten, when the whole class had to be invited or your couldn’t bring the invitations to school.

Someone needs to include them. And look, God made you!

My younger brother’s teacher taught his class a poem that stayed with us all.

Sometimes, the only thing to do is to draw more circles.