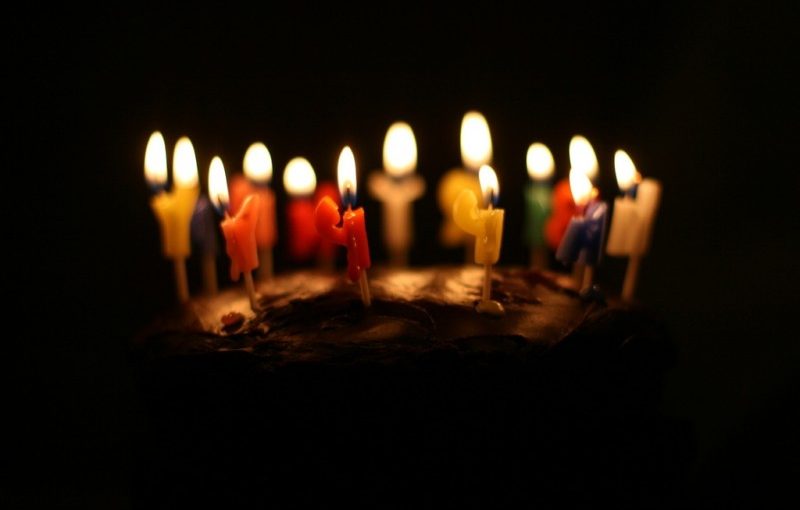 Playing with the Numbers

If a woman is all the people she ever was
(and those she still may be),
for this birthday, I will
bring us all to the table.

I will be fifty-four one year-olds,
gnawing on anything they come across.
I will be twenty-seven two year-olds,
each of them shouting “No!”
I will be eighteen adorable three year-olds, tilting my head,
resting it on your knee,
and assuring you that I love you
and Jesus.
But I will also be two cliques,
one of nine noisy six year-olds and another
of six judgmental nine year-olds,
each group casting shade upon the other.
I promise to be three adults,
just barely,
of eighteen,
and I will be two angst ridden twenty-seven year-olds,
wondering why they are here,
if this is where God wants them,
and what they should really be doing.
And one fifty-four year-old will preside,
wondering how all these people ever got here.

It will take all of us to blow out the candles.
We will stare at the rising smoke,
and search it for patterns,
and wonder if it is bad for our lungs, as,
having had our cake,
we are ready
to eat it. 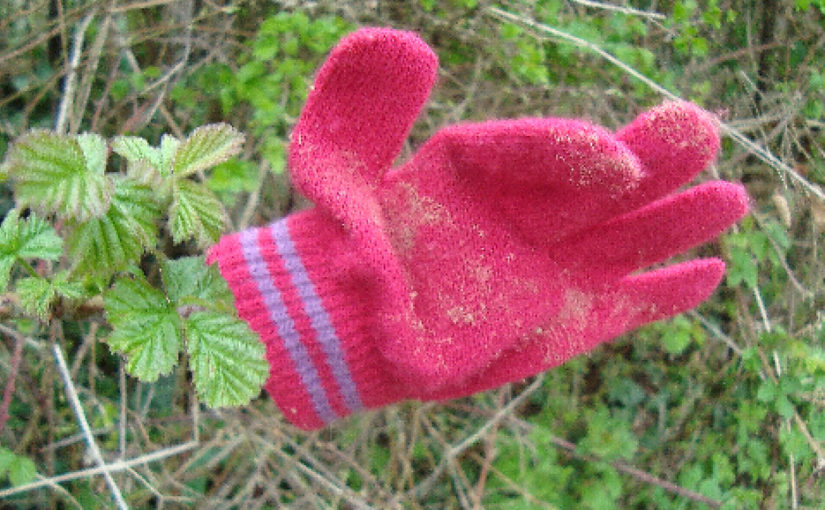 I recently had Afternoon Dismissal Duty as part of being a substitute teacher. Security is tighter than it was when my children were younger. I was to wait in the designated area with some of the students whose parents come, present an ID, and claim them. It’s winter, and I took in how much each child was wearing, and what a potential for disaster all these layers had to offer.

It is astonishing how many articles of clothing school children lose during the year. Most schools keep a lost and found that starts as a small pile in the office and ends as Rubbermaid bins full of tiny red sweaters, unmatched gloves, discarded jackets, forgotten vests, and even earrings and  school shoes left behind when students “changed out” for gym. Clothes are dropped in the school buses and hallways, left on tables at breakfast in the cafeteria, knocked over in coat closets, flung aside during jump rope or ball games, and left at school overnight because the day became warmer.

A Kindergarten class I had taught previously this month was lined up, with their teacher, waiting for their families. I noticed how many of them were still only partly dressed for departure. Some had not yet zipped their coats, others were holding their hats or scarves.  Many things were buttoned wrong or left untied, while others were hanging precariously, dangling down backs or hanging from small shoulders.

A student I recognized was holding her gloves gingerly at a distance, each by the pointer and thumb of one hand. She looked at them perplexed.  The gloves were hot pink, the same color as the beads in her hair. The student looked like she couldn’t figure out how to keep them open while putting her hands in.

The group of students I needed to dismiss had not arrived yet. So I walked over to the girl and asked, “Would you like some help putting your gloves on?”

She would. So I opened one of them for her wide and she put her small hand in. I pinched lightly at the fingers to find that some were double occupied while others were empty.

“Gloves can be tricky,” I said. “What you want is to put just one finger in each slot. Here, let’s put your thumb in this one. Very good! Now, Pointer goes in here. No, that’s two…. good! Now, Tall Man goes in the middle here. No, no, alone. Good. Ring man here. Nice. Pinky here. Good! Now just pull it on tight! Let’s do the next hand.”

The intensity of her expression was touching. The second hand went faster than the first. Soon she had both gloves on, each on the proper hand, all fingers where they belonged. She beamed. Then she played, clasping her hands together, interweaving her pink fingers and separating them over and over. Why, I wondered, had I thought that getting them dressed for winter was so hard when my own children were that age?

I turned to one of the teachers to ask a question about dismissal, and when I turned around again, my Kindergarten friend had removed both her gloves and was shaking them like pom poms while she giggled with friends. Her hat was untied and had climbed up on her head and was askew at an angle that was more disheveled than rakish. But she was thoroughly happy.

“Oh!” I thought, “And that’s just the gloves!” I had forgotten what it takes to prepare small bodies for the cold — socks and boots, pants and shirt over today’s underwear (“Every day deserves its own underpants!” was my motto.), snow pants over that. Jacket, hat, scarf, gloves… all took forever to put on and some took forever to take off if you were in a hurry. Other things were all too easy to take off and discard on a school playground bench, on the ground, on the floor, draped over a toy, woven into the banister…

I watched my young friend flap her gloves, now clutched one in each fist, in a hot pink greeting to her grandfather. He, wise man, scooped the gloves into his pocket and the girl into his arms while she giggled.

It’s very important not to lose things we value.